For a healthier, happier pet!

Why are peas so popular in pet food? 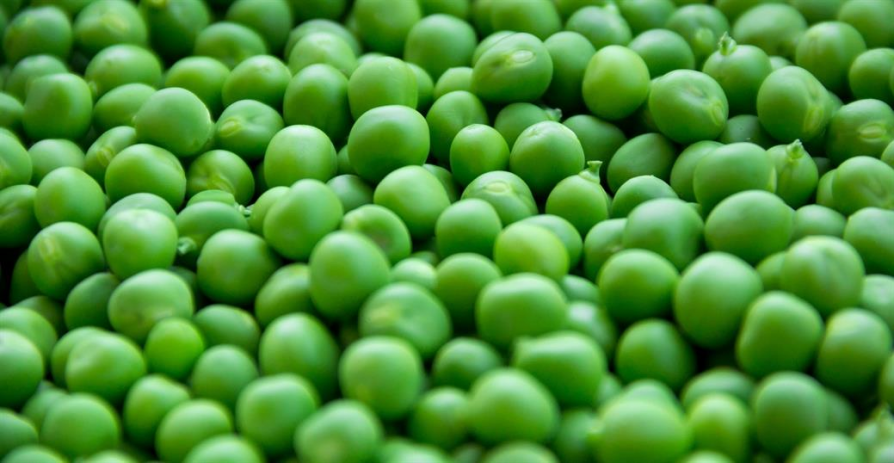 Dried peas belong to the family of pulses, which also includes lentils, chickpeas, and beans. Peas are one of the world’s oldest crops. As a nutrient-dense food source that is locally grown in Canada and the United States, dried yellow and green field peas are appealing to health- and environmentally-conscious consumers. Peas are used as a tool in sustainable agriculture because they are able to add nitrogen back into the soil.

One of the reasons peas have become so popular in pet food is due to the increase in grain-free diets. All dry pet foods, including grain-free diets, contain a balance of carbohydrates, fats, and protein. Carbohydrates are an energy-providing nutrient that allow greater flexibility in creating pet food recipes with different nutrient levels. Also, the shape, texture, and density of kibble is dependent on the carbohydrate content of the food. It is important to note that grain-free does not equal carbohydrate-free as these foods typically contain one or more non-grain carbohydrate sources. These include pulses (dried peas, beans, chickpeas, and lentils), tapioca, potato and sweet potato.

Peas are an excellent source of carbohydrates, fibre, protein, and many essential vitamins and minerals. They provide most of the essential amino acids required by dogs and cats. Peas contain insoluble fibre, soluble fibre, and resistant starch which provide benefits for the digestive system. Peas also contain compounds known for their antioxidant properties that may protect against various diseases such as cancer. Research has shown that diets with peas are favourable for dogs and cats.(1,2) A diet with peas as the primary source of carbohydrates has been shown to lower insulin levels in obese dogs.(3)

Peas contain a number of substances that are not classified as nutrients, but which have biological effects in humans and animals. Phytoestrogens are naturally-occurring compounds in plants that are structurally similar to animal estrogens. Research in humans has shown that phytoestrogens provide a number of health benefits. Dietary phytoestrogens are associated with health improvements related to obesity, diabetes, osteoporosis, cardiovascular disease, neurodegenerative and immune disorders, aging, and cancer.

Another concern that has been raised about peas in pet foods is the presence of compounds considered to have undesirable effects, such as lectins. Lectins are carbohydrate-binding proteins commonly found in a wide variety of crops and when high quantities of raw seed or flour are consumed, they can result in impaired growth, diarrhea, bloating, vomiting, and red blood cell clotting.(5) Their presence in the seeds of pulses is believed to have evolved to protect the plant by causing intestinal discomfort in predators.(5) However, moderate heat treatment, such as that used to make dry and canned pet foods, inactivates the anti-nutritional properties of lectins.(5) In fact, lectins may have beneficial effects in the prevention or treatment of disease when properly processed.5 Data in humans suggest that lectins from pulses may have beneficial properties for controlling obesity.5 Preliminary research has shown that lectins also may have anti-cancer and immune-boosting effects.(5)

Pulses are a dietary source of minerals, though the ability of the body to absorb these minerals is considered to be lower than that of other foods because of the presence of phytates and oxalates.(6) Phytate is the major storage form of phosphorus in plants and has a high ability to bind metal ions such as zinc, calcium and iron.(6) Oxalates also reduce mineral bioavailability.(6) However, heat treatment reduces the phytate and oxalate content of pulses. The phosphorus from pulses typically contributes only a small proportion of total phosphorus in pet foods, which allows greater control over phosphorus levels.

The next time you are browsing the pet food aisle, consider a choosing a recipe with peas, lentils or chickpeas!

Recently I spent much time researching and trying new cat foods. I have two 16 year old female cats, one of which is diabetic. I also have a 1 year old neutered male cat. I was searching for a cat food that was more natural for cats requirements, and also one that they would all eat - for obvious...

Receive updates about the latest products and flavours.

For the best results we pair your pet to the perfect food.